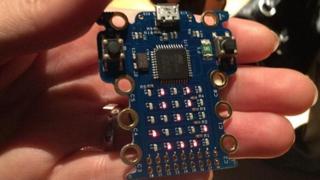 The BBC is be giving away a million mini-computers to 11-year-olds across the country.

It's part of its push to make the UK more digital.

One million Micro Bits will be given to all pupils starting secondary school in the autumn term.

The BBC is also launching a season of coding-based programmes and activities.

It will include a new drama about the creation of Grand Theft Auto and a documentary on Bletchley Park.

The initiative is part of a wider push to increase digital skills among young people.

The UK is facing a significant skills shortage, with 1.4 million "digital professionals" estimated to be needed over the next five years.

The BBC is joining others like the British Computing Society, BT, Google, Code Club and Young Rewired State to try to solve the problem.

It is hoped that the Micro Bit will encourage children to get involved in coding and programming.

The device is tiny - fitting easily into the palm of a hand.

Children will be able to create text via a series of LED lights.

They will also be able to use it to create basic games. 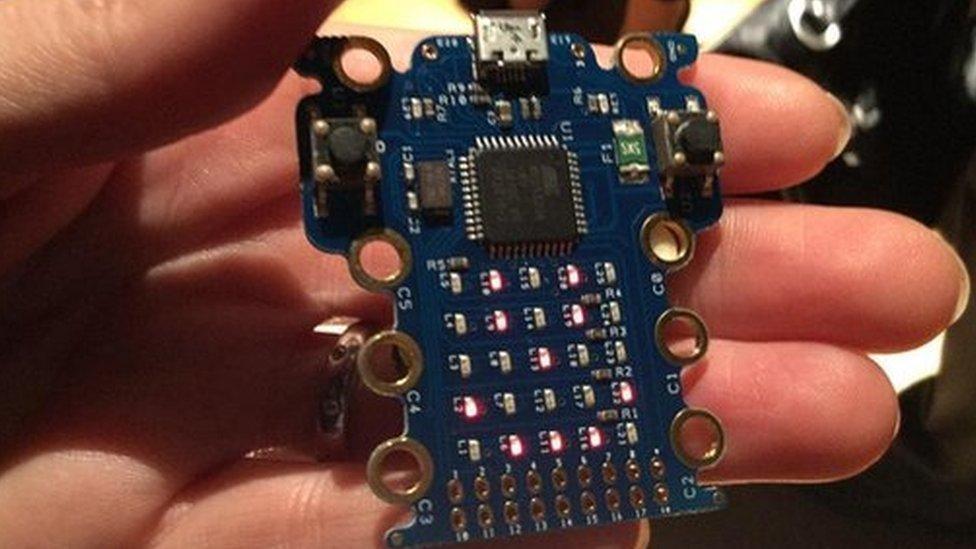