Is Turkey trying to ban Minecraft for being too violent? 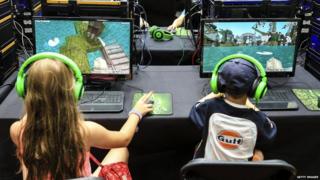 Microsoft, the company that owns Minecraft, says it's looking into reports that Turkey is considering banning the game.

Turkish media reported this week that government officials there wanted to try and ban Minecraft because it's "based on violence".

A report also said the multiplayer mode might lead to bullying online.

But it's not clear whether the government now wants to ban the game, or ask Microsoft to change it.

The study, by the Turkish Family and Social Policies Ministry, was looking into accusations that the game promoted violence. 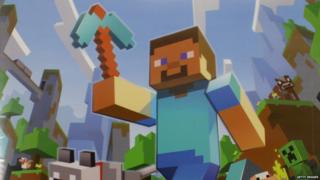 According to the Haberturk newspaper, the ministry's report said: "Although the game can be seen as encouraging creativity in children by letting them build houses, farmlands and bridges, mobs must be killed in order to protect these structures. In short, the game is based on violence."

Minecraft has different modes depending on how you want to play.

There's Creative, which doesn't have monsters and is all about building, destroying and exploring.

Then there's Survival, where you face battles with mobs and have to find food to stay alive.

Mojang, who make the game, say it's up to you which setting you prefer: "The world of Minecraft can be a dangerous place: it's inhabited by scary, genderless monsters that come out at night.

"It might be necessary to defend against them to survive. If people find this level of fantasy conflict upsetting, we would encourage them to play in Creative Mode, or to enable the Peaceful setting.

"Both of these options will prevent monsters from appearing in the world."