The remaining episodes of the latest series of Top Gear have been scrapped after claims that presenter Jeremy Clarkson punched a producer.

Fracas - a noisy disturbance or quarrel

The BBC says Sunday's programme won't be shown, after what it called a "fracas" between the presenter and one of the programme's staff.

It's thought the final two episodes in the series will be dropped too.

An online petition to "reinstate" Clarkson had been signed by more than 350,000 people by Wednesday lunchtime. 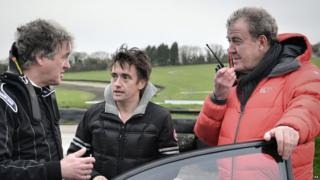 PA
The rest of the series won't be shown

The BBC had announced Clarkson's suspension in a statement which said: "Following a fracas with a BBC producer, Jeremy Clarkson has been suspended pending an investigation.

"No one else has been suspended. Top Gear will not be broadcast this Sunday. The BBC will be making no further comment at this time." 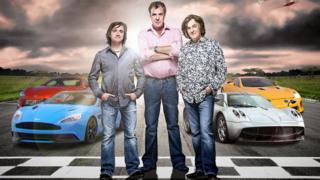 Clarkson, who has presented Top Gear since 2002, was given what he called his "final warning" last May after claims he used a racist word during filming.

The programme is hugely popular both in the UK and around the world, and makes the BBC a lot of money.

It holds the world record for the most-watched factual TV series.

Jeremy Clarkson and Top Gear have got into trouble many times in the past. 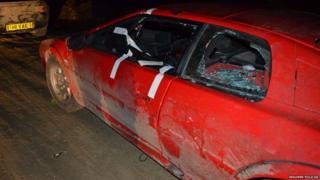 Chat: Did Jeremy Clarkson go too far on The One Show?