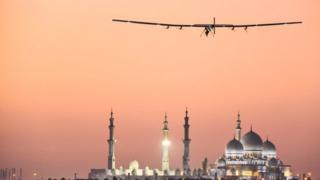 Take off for solar plane

There's a record breaking attempt to fly around the world, powered only by the light of the Sun.

Solar Impulse 2 took off from Abu Dhabi in the Middle East and headed east to Oman.

The 12-hour journey is the first of many stops over the next five months.

The plane is wider than a jumbo jet. But only weighs as much as a small car.

It's covered in 17,000 solar panels. Designers hope these will provide it with enough power to get the plane around the globe.

After Oman the plane will make two stops in India, then on to China and Myanmar, before heading across the Pacific Ocean and through the US, Europe and north Africa. 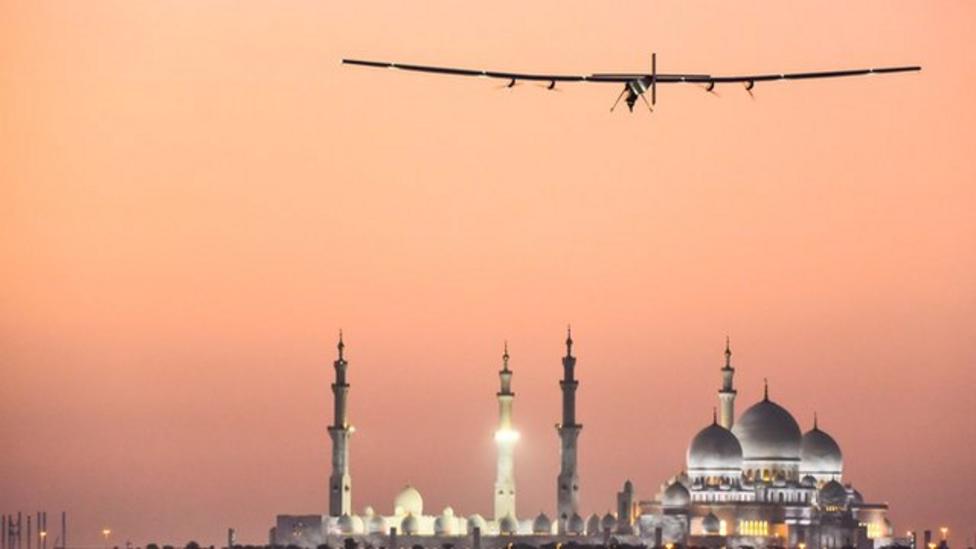 Take off for solar plane