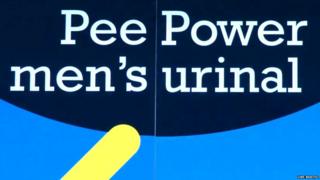 A toilet that uses human wee to generate electricity is being tested in Bristol, to see if the tech could power lights in refugee camps.

Students at UWE Bristol, working with the charity Oxfam, have built the urinal which they're testing at the university's grounds.

They hope that if the trial is successful, the technology could be used to provide light for toilets in refugee camps, where electricity is scarce.

Why is this so important?

Andy Bastable, from Oxfam, says this could be a massive step forward: "Fuel for generators is expensive. As urine is free, this an extremely low-cost and sustainable way of producing light for people at night."

A human produces 500 litres of wee every year, so there's always a lot to use and it's easy to get hold of.

Microbes are little cells that feed on wee; they then create electricity as a side-effect which can be used to power the lights!

The equipment that does this is placed under the toilet to collect the wee and process it.

Professor Ioannis Ieropoulos, who's leading the project, says the important thing is how cheap this is: "This experiment could cost as little as £600 to set up.

"This technology is in theory everlasting."

Other uses for our waste

This isn't the first experiment to try and make our body waste produce useful things.

Recently the world's richest man, Microsoft founder Bill Gates, revealed a machine that takes human poo and converts it into electricity and clean water you can drink.