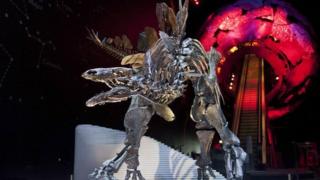 Scientists have worked out the body weight of the world's most complete Stegosaurus.

The animal is one of the instantly recognisable dinosaurs thanks to a row of sharp bony plates along its spine.

The skeleton on display at London's Natural History Museum is 80% complete.

Palaeontologists have now found the dinosaur, nicknamed 'Sophie the Stegosaurus', would have weighed about 1.6 tonnes.

This would have made it similar in size to a small rhino.

BBC reporter Graham Satchell went to the museum to find out more. 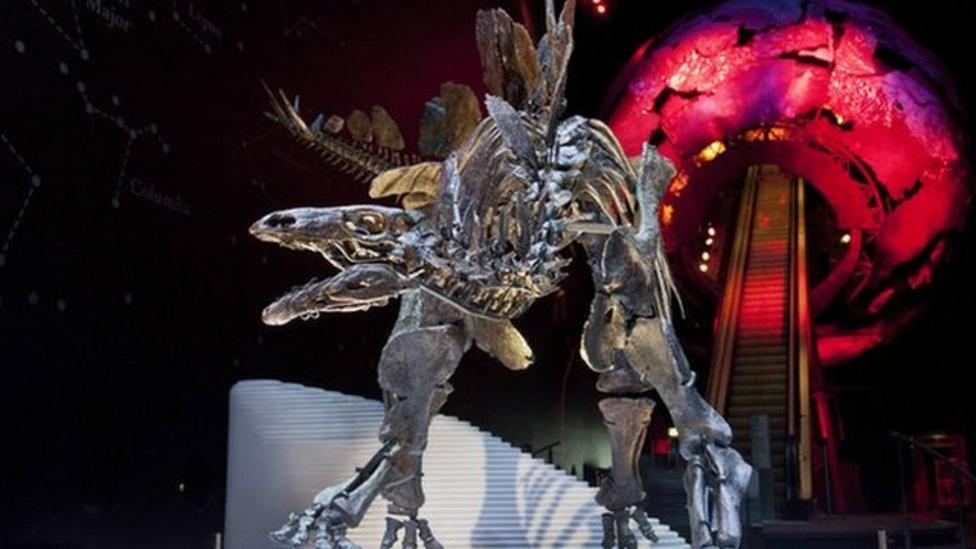