What's a beefalo? And why are they a problem in the Grand Canyon? 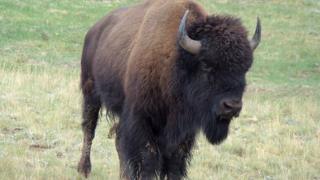 You may not have heard of a beefalo, but hundreds of them are causing trouble in America's Grand Canyon.

They're a cross between cows and American bison - sometimes mistakenly called buffalo.

They've been around for over a hundred years, after the two animals were bred together.

But conservationists are now worried about the damage they're doing to the area and how they're pushing out other animals that live there. 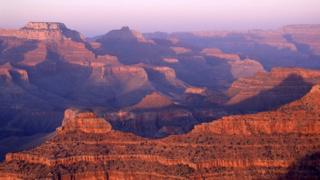 The Grand Canyon is in the state of Arizona in America

Over 100 years ago, bison were crossbred with cows to try and create a tougher animal - but the experiment wasn't a success.

When the animals that remained ventured into the Grand Canyon National Park, where hunting is banned and no natural predators exist, their numbers started increasing by an estimated 50% a year. 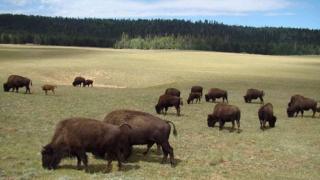 Tourists try and get snaps of the unusual animal

A beefalo drinks a huge amount of water, so watering holes dry up quickly.

They poo a lot near watering holes too - bad news for other animals in the area.

And Native American groups say the animals have destroyed ancient ruins as well.

But they are popular with one group of people - tourists - who try and get pics even though it can be dangerous.

Some drivers have also hit beefalo when driving at night.

So now conservationists and Native American groups are figuring out how best to control the animals so they stop causing so much chaos.