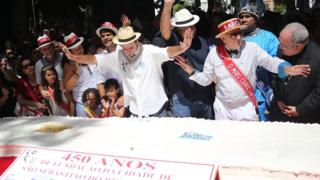 Bakers in Rio de Janeiro have served up a massive 450-metre-long cake to celebrate the city's 450th anniversary.

It was assembled on the streets by the bakers who topped it with whipped cream and a milk fudge sauce.

It is all to celebrate 450 years since Portuguese sailors first landed in Brazil and founded the city of Rio, where next year's Olympic Games will take place.

The massive cake was shared amongst the people who live in Rio, and parties and celebrations took place across the city. 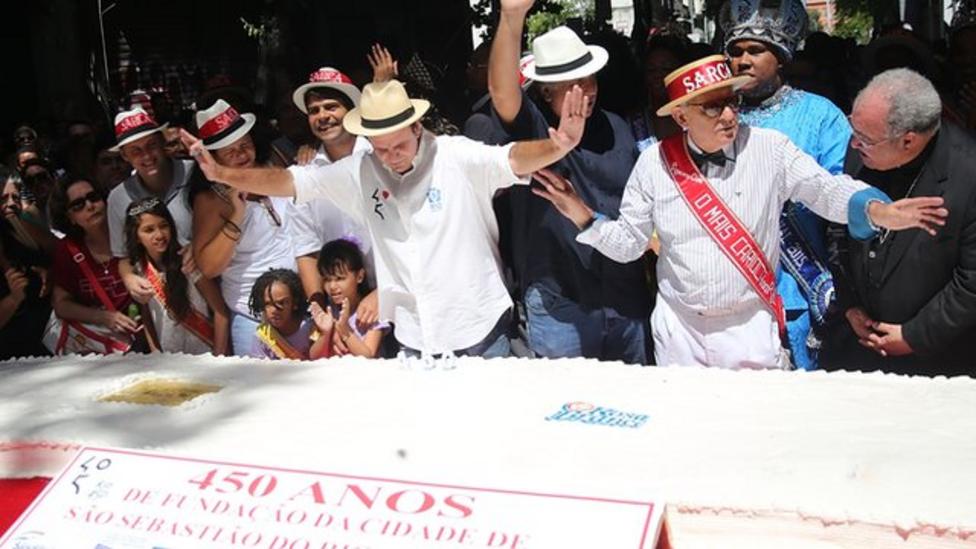