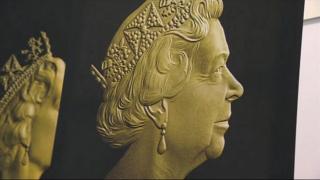 A new picture of the Queen to appear on coins has been unveiled.

It's the fifth coin portrait to have been created during the Queen's reign. 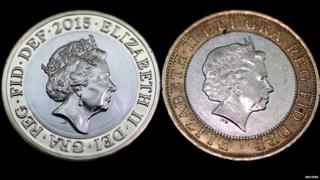 Reuters
The new £2 coin design is on the left, an update of the current £2 coin (right)

It was unveiled in a special ceremony in London and coins carrying the new design will also begin being made from today.

But it may take a little while for the coins to get into your pockets - new coins tend to go to cash centres and banks first. 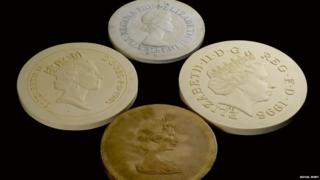 Royal Mint
The four official portraits of the Queen that have already appeared on coins.