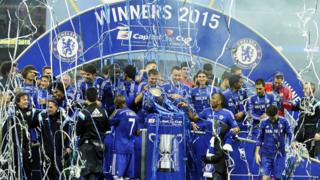 John Terry and Diego Costa scored the goals to give victory to Chelsea.

It was Jose Mourinho's first piece of silverware since returning for his second stint as Chelsea's manager.

Despite winning lots of trophies during his career, he claimed this was the most important final of his time in the game. 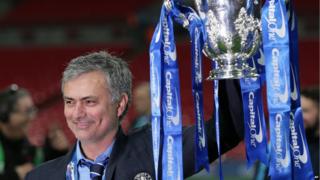 AP
It was a special win for manager Jose Chelsea Mourinho.