Everton only British side left in the Europa League 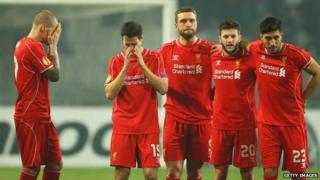 Everton are the only British side left in the Europa League after they beat BSC Young Boys 3-1 to go through to the last 16.

Romelu Lukaku scored two goals to reach a total of five in the tie, which ended 7-2 on aggregate.

Liverpool lost their first European penalty shootout as Besiktas knocked them out on Thursday night.

Tottenham also failed to go any further, losing 2-0 on the night to Fiorentina. Celtic lost 1-0 to Inter. 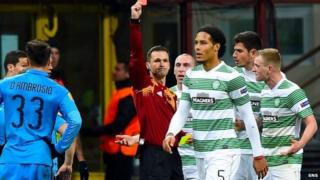 The Glasgow side battled bravely in Milan after Virgil van Dijk was sent off after 36 minutes, but they couldn't compete with just ten men. 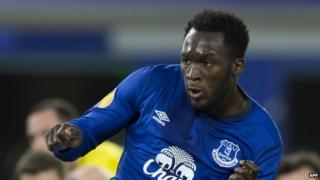 AFP
Lukaku has 15 goals this season

Belgian striker Lukaku added to his hat-trick in Everton's 4-1 first leg win in Switzerland with two more goals after Sekou Sanogo had given the visitors the lead.

Then Kevin Mirallas made it 3-1 before half-time to make things easy for Everton. They'll find out who they face in the last 16 on Friday. 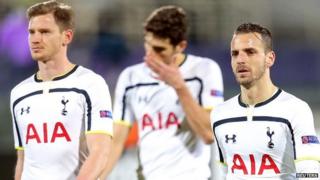 With the tie 1-1 at full-time, it was time for penalties. Liverpool defender Dejan Lovren missed the deciding spot kick, leaving the score 5-4.

Tottenham boss Mauricio Pochettino says his side must recover quickly after their 2-0 loss to Fiorentina left the tie 3-1 overall.

Spurs play their London rivals Chelsea in the League Cup final on Sunday.