Man City under pressure after 2-1 defeat to Barcelona 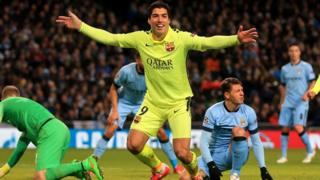 Manchester City's 2-1 defeat to Barcelona has put the team under serious pressure for their second leg of the Champions League.

Luis Suarez scored both Barca goals at close range whilst Sergio Aguero won a goal back for City. 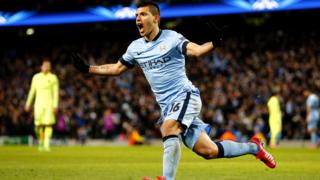 City weren't helped in the second half when Gael Clichy was sent off taking the team down to ten men. 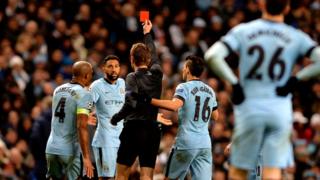 Joe Hart saved the blues from a 3-1 defeat by smashing away a penalty in added time from Lionel Messi. 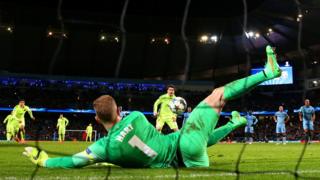 City will need to do some serious work to keep their trophy hopes alive when they take on Barca for the return leg at the Nou Camp on March 18.