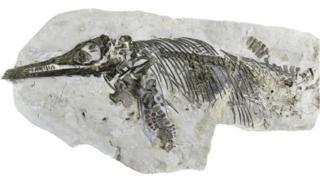 A fossil stored in a Doncaster museum for 30 years has turned out to be a new species of ancient reptile.

The 200 million year old fossil was hidden away in the museum store room.

It's thought to be the remains of an ichthyosaur - an extinct marine reptile.

The man who found it says scientists now know it lived in the waters around Britain, and that its last meal was a squid.

It is not uncommon to find ichthyosaur fossils in England. The sharp-toothed marine reptiles swam in large numbers in the seas around Britain when the dinosaurs roamed. 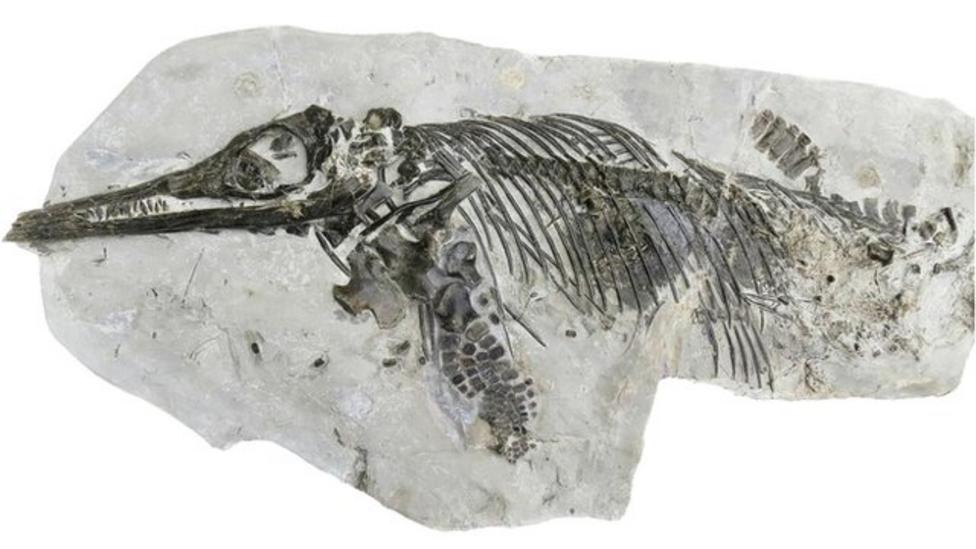