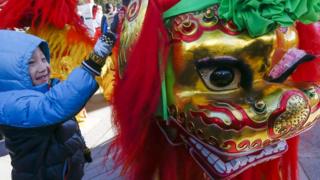 People across Asia and throughout the world have been celebrating the start of the Lunar New Year.

The Lunar New Year, also known as The Spring Festival, is one of the most important occasions in China.

Setting off fireworks is a custom to ward off evil and welcome good luck during the festival. 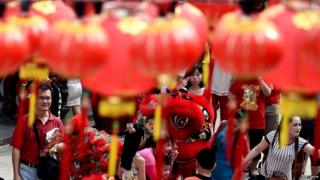 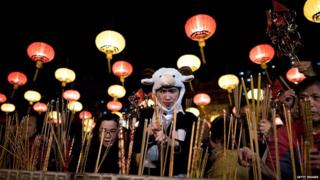 Getty Images
Some dress up to celebrate. The year of the sheep can also be called the year of the goat, because the Chinese character is the same.

In China, hundreds of millions of people are travelling home - thought to be the world's biggest annual human migration. 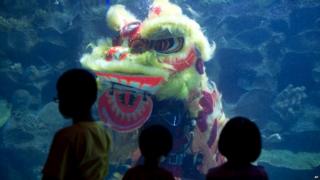 AP
A lion dancer performs at an aquarium in front of children. 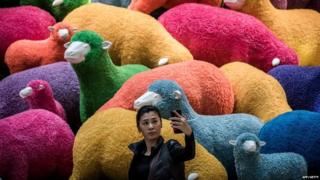 AFP/Getty
A woman takes a selfie in front of multi coloured sheep displayed in a shopping mall for celebrations in Hong Kong. 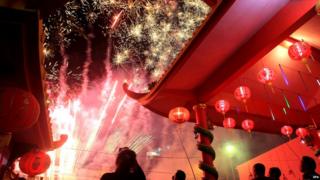 EPA
Fireworks and lanterns light up the sky during the celebrations.

State media says about three billion passenger trips will be made by plane, train and car over the 40-day period.