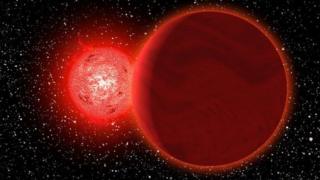 An alien star - known as Scholz's star - passed through our Solar System just 70,000 years ago.

Something like this only occurs every nine million years.

Astronomers say no other star is known to have approached this close to our Sun. 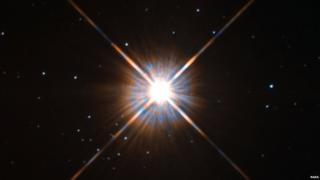 It is the closest to the Sun and the Hubble Space Telescope took this picture.

It lies 4.2 light-years from Earth. A light-year is a measurement of the distance that light can travel in one year.

Light moves at a speed of about 300,000 kilometres a second.

This alien star passed within 0.8 light years of the Sun.

Scholz's star travelled through what is known as the "outer Oort Cloud" - a region at the edge of the Solar System.

It's filled with trillions of comets a mile or more across. 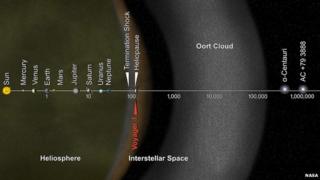 While this is the closest fly-by to have been found so far, Dr Eric Mamajek from the University of Rochester, in New York, says doesn't think it's uncommon for alien stars to buzz the Sun.

He says a star probably passes through the Oort Cloud every 100,000 years, or so.

But he says an approach as close - or closer - than the one made by Scholz's star, is rare.

"So it is a bit of a strange coincidence that we happen to have caught one that passed so close within the past 100,000 years or so."