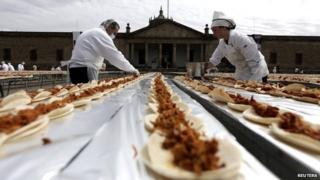 Chefs in Guadalajara in Mexico have broken a world record by making a line of tacos nearly two miles long.

The tacos, which are a Mexican speciality, traditionally involve small tortillas filled with meat.

Once the record was confirmed by officials, the tacos were given away to lucky members of the public...we hope they were hungry! 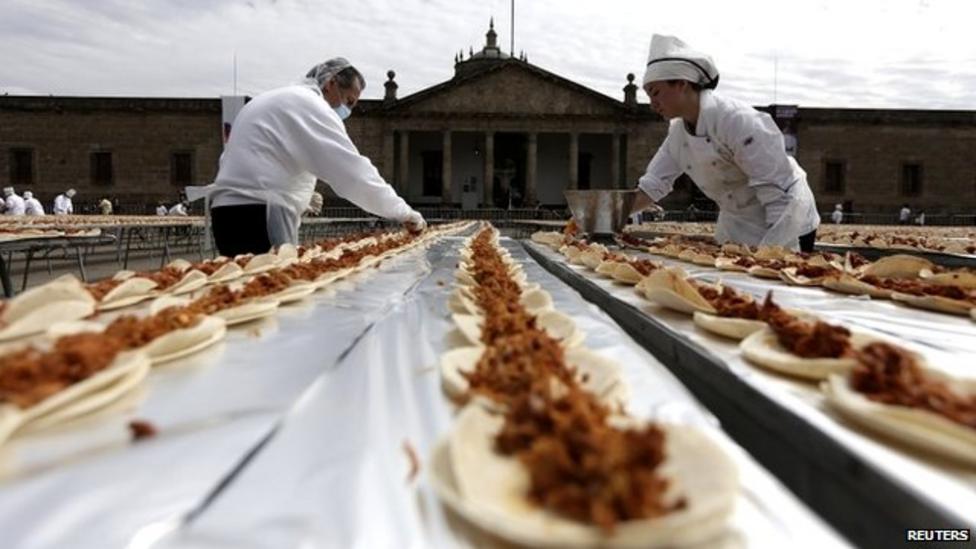