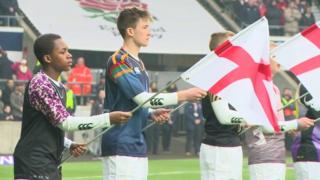 Behind the scenes at Twickenham

Amongst the try scorers were man-of-the-match Jonathan Joseph, who scored two fantastic tries for the hosts, while Danny Cipriani also crossed to score after coming on as a replacement.

The day was also a special one for 100 kids who were invited to the game for two exciting match-day moments.

The students formed a guard of honour to welcome the England Team on arrival and later stood around the pitch waving large St George's flags as the teams ran out and sung the anthems.

Each of the kids was wearing a colourful rugby shirt, which students had designed at a workshop.

Yaw was one of the lucky kids chosen invited to Twickenham Stadium to take part. 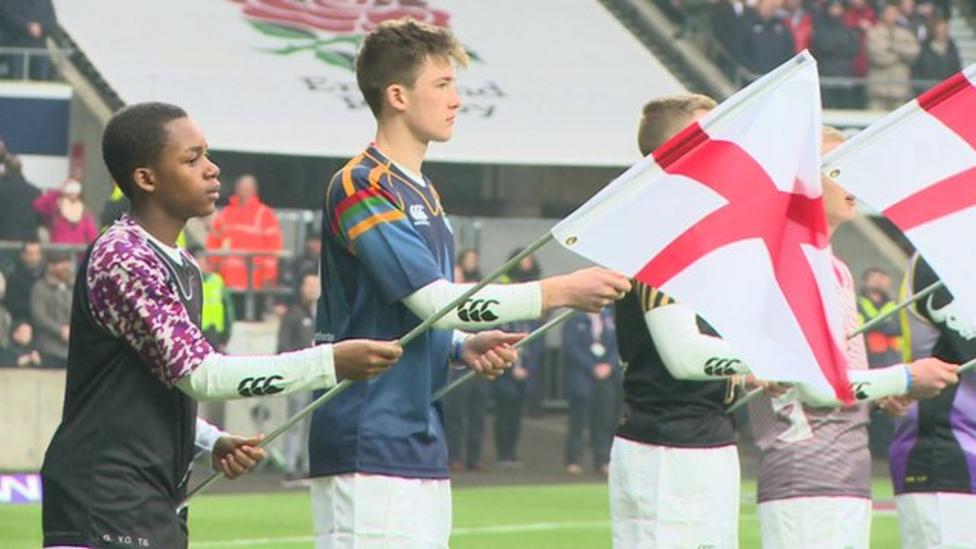 Behind the scenes at Twickenham