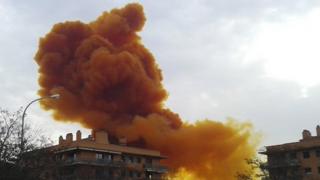 A massive orange cloud has appeared over the Spanish town Igualada, forcing tens of thousands of people to stay inside their houses.

The cloud is thought to be poisonous, and was caused by an accident at a chemical factory.

Six people were injured after the explosion, when two chemicals were accidentally mixed at the factory, but only one has had to stay in hospital.

More than 60,000 people living in nearby towns were told to stay indoors with the windows shut.

The authorities later lifted the order to stay indoors as the cloud slowly blew away.

Scientists believe the cloud is bright orange because of the type of chemicals that were mixed in the accident. 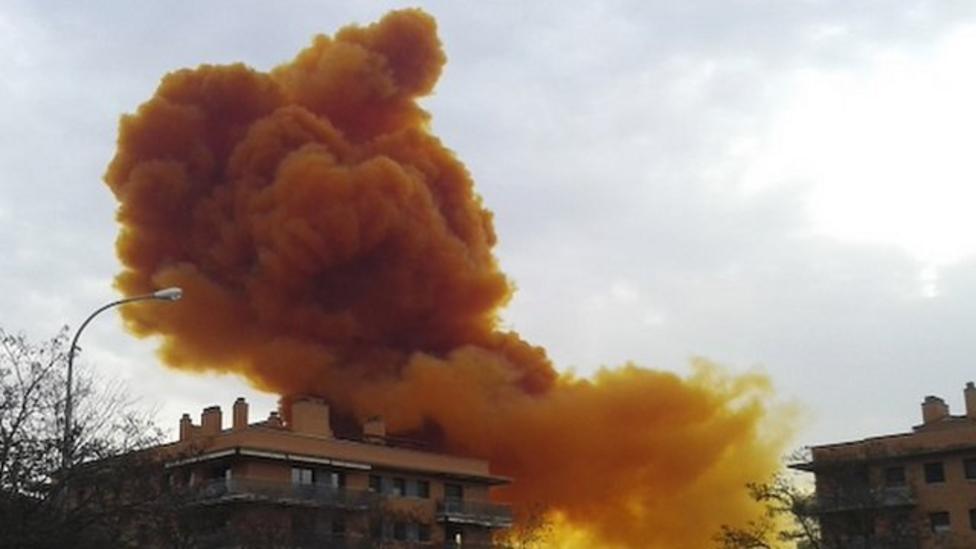