A big international investigation has found that thousands of rare and endangered animals are being offered for sale on the internet.

Now they're urging governments and websites to do more to stop it. 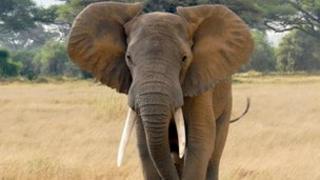 More than 100,000 elephants have been killed in the past three years for ivory.

IFAW investigators found more than 33,000 illegal items for sale during the six-week project.

More than half of those (18,590) were found on Chinese websites.

In China, nearly 80% of the products advertised were ivory or suspected ivory products, made using the tusks of elephants.

But the study also found that ivory products are being illegally offered for sale here in the UK, too.

They say governments should make sure their laws tackle the sale of endangered animals and illegal animal products online.

They also want trading websites to make sure their marketplaces aren't used by criminals in this way.

It's thought about £12bn is generated worldwide by the illegal wildlife trade, every year.

2012 'worst year ever' for illegal ivory trade in Africa