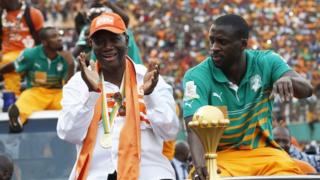 Supporters came out in their thousands in Abidjan on Monday as the Ivory Coast returned home and held a parade following their 2015 Africa Cup of Nations triumph.A dramatic penalty shoot-out against Ghana ended 9-8 in favour of The Elephants.Huge crowds saw the team's aeroplane arrive and lined a 15-kilometre route to the city centre.The Ivory Coast's president, Alassane Ouattara, also joined in with the celebrations.Having been runners-up in 2006 and 2012, the Ivory Coast took the African title for a second time.Their first success came in Senegal in 1992 when, again, they beat Ghana on penalties. 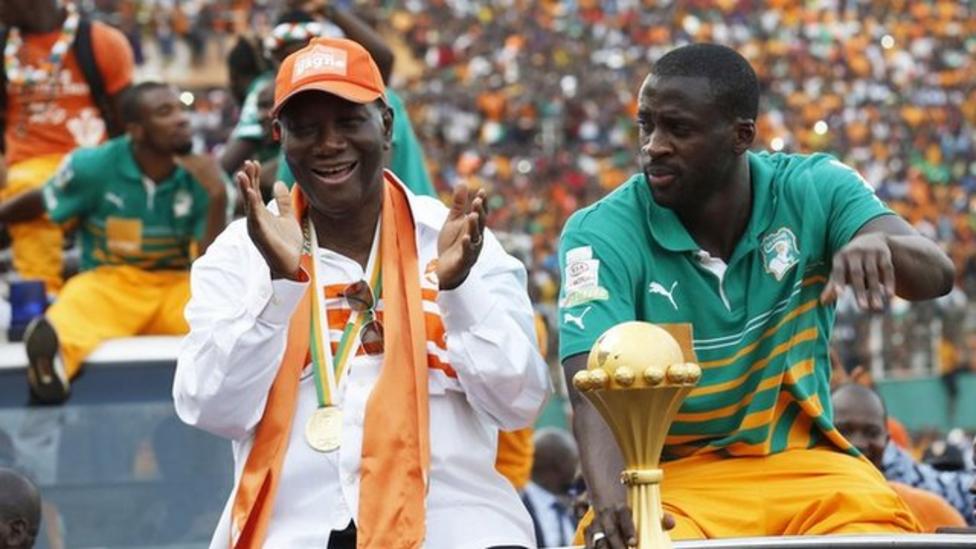