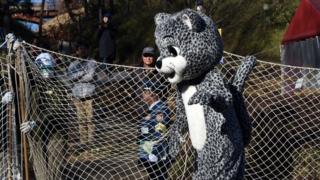 Staff at a Japanese zoo chased a keeper dressed up in a snow leopard costume, as part of their yearly animal-escape drill.

This event happens every year at the zoo, and helps the keepers to prepare in case any of the animals escape in real life.

A total of 70 staff helped out in the drill, as well as local police and emergency workers, who helped to capture the fake leopard-on-the-loose.

Zookeeper Toshiya Nomura, who played the snow leopard, was a bit gutted he didn't scare any of the zoo's visitors with his acting: "Personally I feel I did my best, but it didn't work for kids. I'm a bit disappointed,"

Last year the zoo staged a gorilla escape, and there has even been a pretend rhino escape! 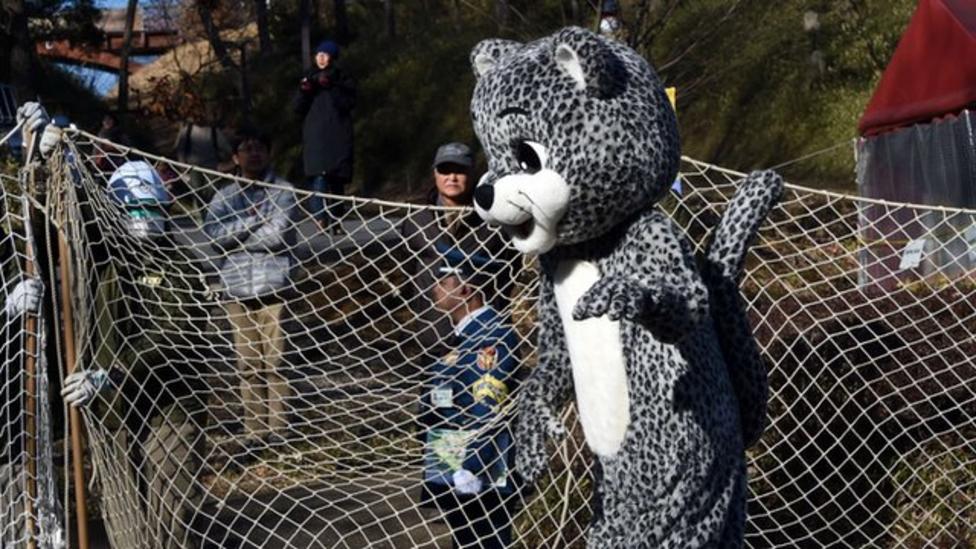