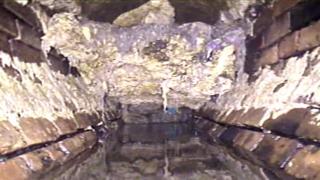 A gigantic 'fatberg' has been discovered deep down in the drains underneath the Welsh capital, Cardiff.

It's thought to have been caused by a build up of cooking fats and oils that people have washed down their sinks.

This video was taken during an attempt to clear the sewer this month and shows a blockage roughly one metre wide.

The company that look after the drains in Wales has started a campaign to get people to think more about what they put down their sinks.

Although a 'fatberg' isn't dangerous for our health, blocked sewers can cause flooding in homes and communities.

It isn't the first time it has happened in the UK - last year a fatberg was discovered in West London. 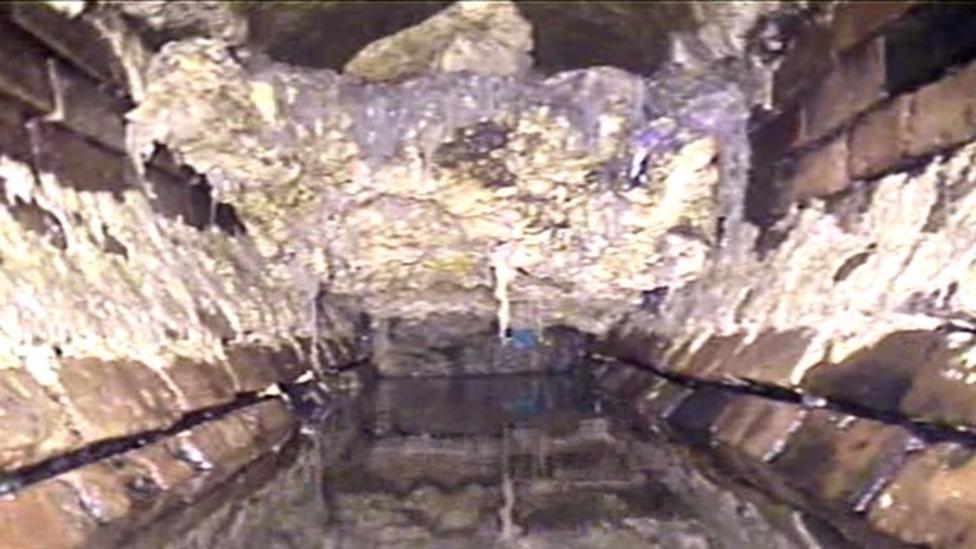