British singer Sam Smith has won four Grammy Awards in the US, including the top gongs for record and song of the year and best new artist.

The Grammy Awards are seen as the most important and respected prizes in the music business.

Disney's Frozen also won at the star-studded ceremony picking up two awards for Let It Go and for best film soundtrack. 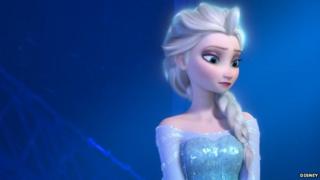 Other British winners included Clean Bandit with Jess Glynne for their hit song Rather Be.

Katy Perry, Ed Sheeran, Rihanna and Kanye West were just of the stars who performed at the Los Angeles ceremony.

But the night belonged to Sam Smith, who has cemented his place as one of pop's biggest stars just nine months after the release of his debut album In the Lonely Hour.