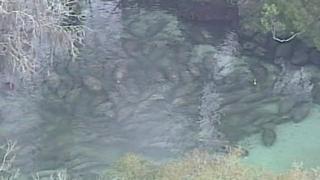 A mass invasion of hundreds of unusual sea creatures has forced a beauty spot in America to close.

Three Sisters Springs in Florida had to be shut off to the public after a large group of manatees gathered in the area.

The odd creatures look a bit like oversized dolphins and it's thoughts around 300 of them swam into the shallow waters of the the springs because the sea they normally live in was too cold.

As the temperature drops in the early part of the year the manatees often travel inland but it's unusual to have this many of them in one place.

Watch BBC reporter Vicky Hurst's report on this here to find out more. 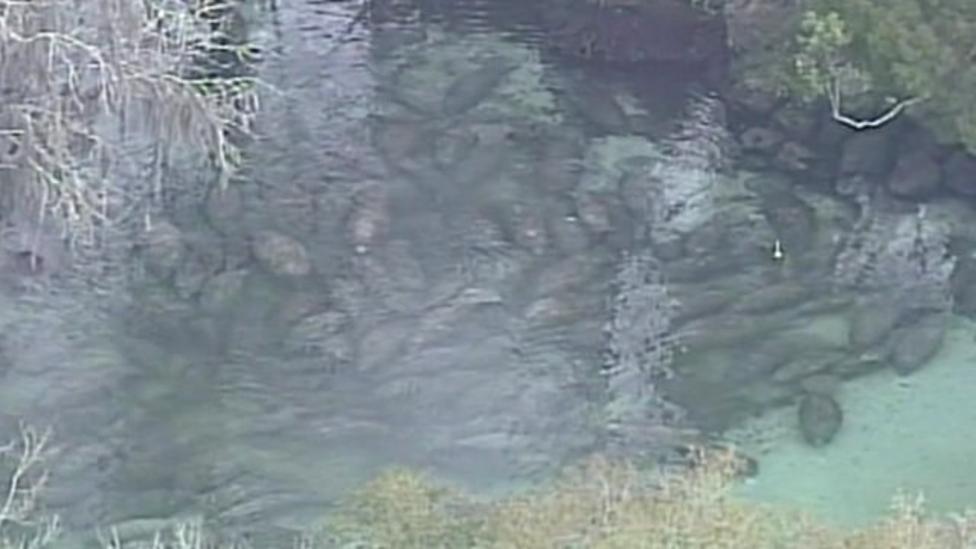