Real cash in French board game 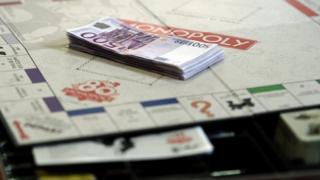 At least 80 copies of a French board game have been released containing real money - instead of toy cash.

It's 80 years since Monopoly was released in France and the makers of the game have sent out the new copies to attract some attention.

The rest of the games will have smaller amount of money inside.