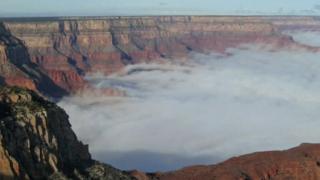 Sea of clouds at the Grand Canyon

A rare weather phenomenon has caused the Grand Canyon, in America to fill up with clouds.

Experts at America's National Weather Service have said that this kind of event only normally happens about once every two years.

However, for the second time in two months a thick layer of fog has filled up the canyon to create a giant sea of clouds.

This event is called cloud inversion and is the result of warm air trapping cold air lower down in the canyon.

When there's enough moisture in the cold air, it turns into fog, creating this cloudy effect.

The clouds have now left the canyon, drifting in a westwards direction. 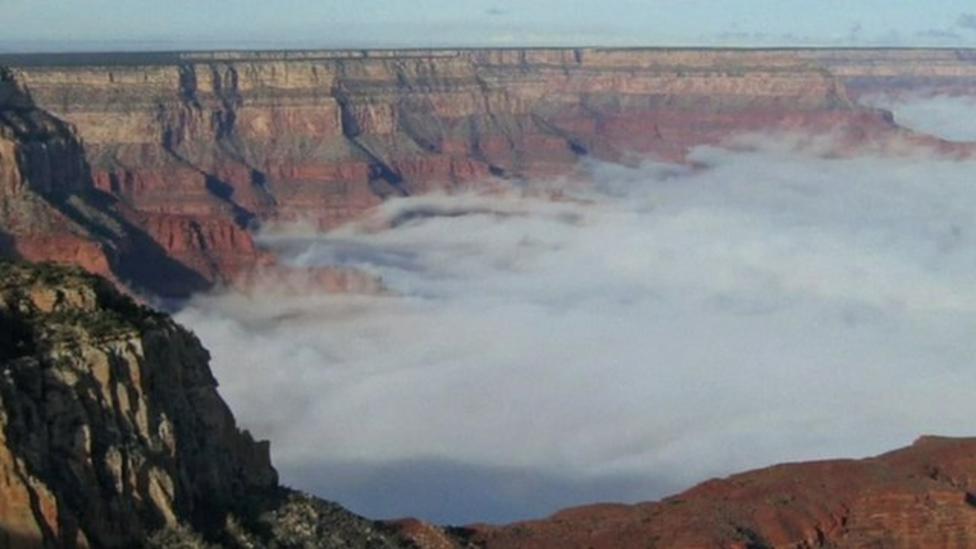 Sea of clouds at the Grand Canyon