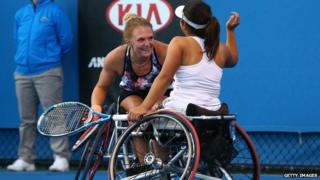 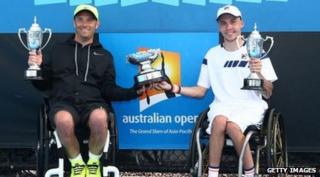 But their fellow Briton Gordon Reid and Argentine partner Gustavo Fernandez weren't able to make it a British triple, as they lost their final to top seeds Stephane Houdet of France and Shingo Kunieda of Japan. 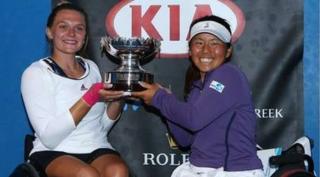 Earlier on Thursday, Lapthorne saw his hopes of a place in the quad singles final fade when he was edged out 6-3, 7-6 (7-4) by Sithole in his second of three round-robin singles matches.