The first beavers found living in the wild in England for 500 years, will be allowed to stay where they are.

The animals, on the River Otter in Devon in south west England, can remain in the wild, as long as they're free of disease.

Beavers were hunted to extinction in England five centuries ago, because their fur and oil were very valuable.

This is the first time permission's been given to re-introduce a mammal previously extinct in England.

This breeding family was first spotted on the River Otter a year ago. It is thought that there are now three young "kits" and at least eight adults.

It's still a mystery how the beavers made their home on the river. 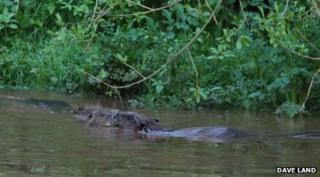 Dave Land
At least three youngsters and eight adults have been spotted living wild in the River Otter, Devon

One theory is that it was the work of "beaver bombers" - wildlife campaigners who illegally release animals in to the wild.

The government has decided to allow the Devon Wildlife Trust to manage these animals, for a five-year trial.

The animals must first be caught and tested to make sure they are a European species, and free from a parasite called tapeworm.

'Not an easy decision'

Beavers are known as the engineers of the waterways and can have a massive impact on their environment as they fell trees to build their dams and lodges.

Their dams slow the rivers which filters the water and this provides other places for wildlife to thrive. 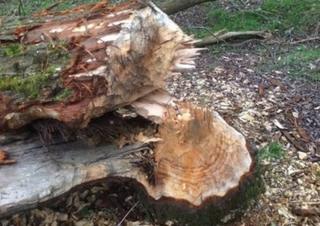 However other people say that blocking up the river with dams in some places, could cause problems with flooding and could harm fish migration.