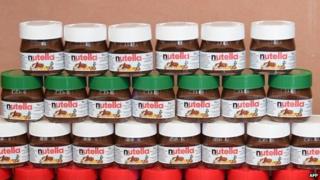 A French court has stopped parents from naming their baby girl Nutella after the hazelnut spread.

It was decided that the name would make her a target for people to pick on her.

The judge ordered that the child be called Ella instead.

He said in his ruling that Nutella was a spread that is commonly found in a lot of French homes and it would be bad for the child to have a name "that can only lead to teasing."

French parents are usually free to choose the names of their children, but local officials do have the power to report what they think to be unsuitable names to a family court.

Your name is not allowed

The following names for children have either been allowed or rejected in these countries around the world.

We asked you what you thought:

I think that parents should be allowed to chose their child's name. It's one of the special privileges that they get when they have a baby.

I think you should be able to name your child anything, because you can legally change it.

Yes it's true. Some children can get teased about their names.

I think that people have the right to be called whatever their parents want them to be. It's unfair to say that they're not.

I like my name, but my Mum said if she had heard the name at the time I was born, she would have called me Naomi.

You should be able to call your child whatever you like! A person shouldn't be teased about their name. We wouldn't allow that at our school.

I think that you should be allowed to have any name because you can choose what ever name you want. It doesn't have to be your own name.