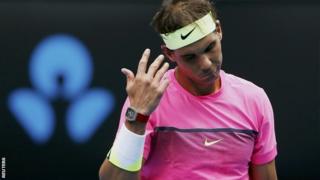 Tomas Berdych ended a 17-match losing streak against Rafael Nadal as he outplayed the Spaniard to reach the Australian Open semi-finals.

An 18th defeat in a row by Rafael Nadal would have set a new record for men's tennis.

Berdych will face Britain's Andy Murray in the semi-finals after the Scot saw off home favourite Nick Kyrgios. 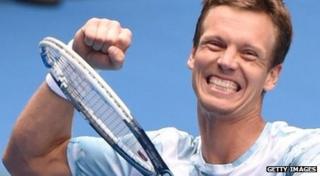 Nadal was playing only his 12th match since Wimbledon last summer, and his first against a world top-10 player since he beat Novak Djokovic in the French Open final in June 2014.

"Without being at my top level of tennis I was able to be here in the quarter-finals," added Nadal.

"It's not a bad result at all for me arriving here the way I arrived: only with one match [in 2015], only with five matches in seven months."