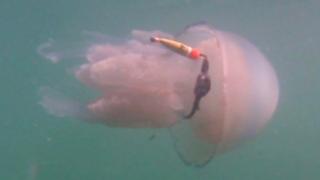 Scientists have succeeded in a slippery mission to track jellyfish and reveal their swimming abilities.

The team caught 18 large jellyfish and fitted them with loggers that measured where they were swimming and how quickly.

The study shows that jellyfish can sense the currents of the ocean and actively swim against them.

The discovery could help researchers to work out how jellyfish groups stay in one area of the ocean for months.

When hundreds of jellyfish group together for a long period of time, the group is called a "bloom".

The findings are published in the journal Current Biology.

It's still not clear exactly how jellyfish sense the currents according to the journal.

BBC reporter Victoria Gill took a look at the findings in her video. 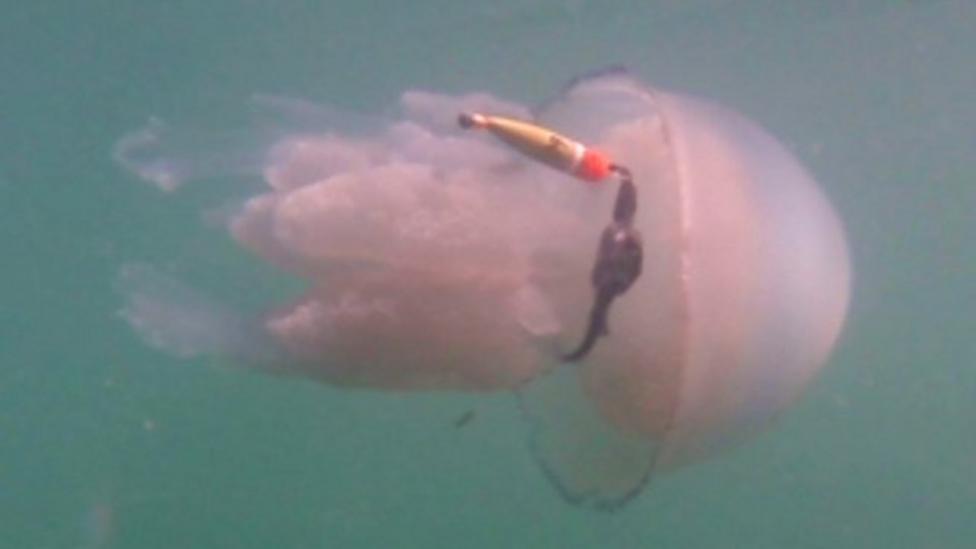