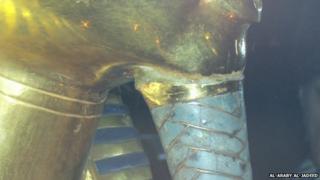 Tutankhamun's beard glued back on

The blue and gold beard on the burial mask of ancient pharaoh Tutankhamun has been glued back on after it was damaged, according to employees at the Egyptian Museum.

It is not clear whether the mask was damaged during cleaning or if the beard was removed because it was loose.

The 3,000-year-old mask, along with other items from the boy king's tomb, is one of Egypt's biggest attractions.

An investigation has begun to find out what happened to one of the country's greatest treasures. 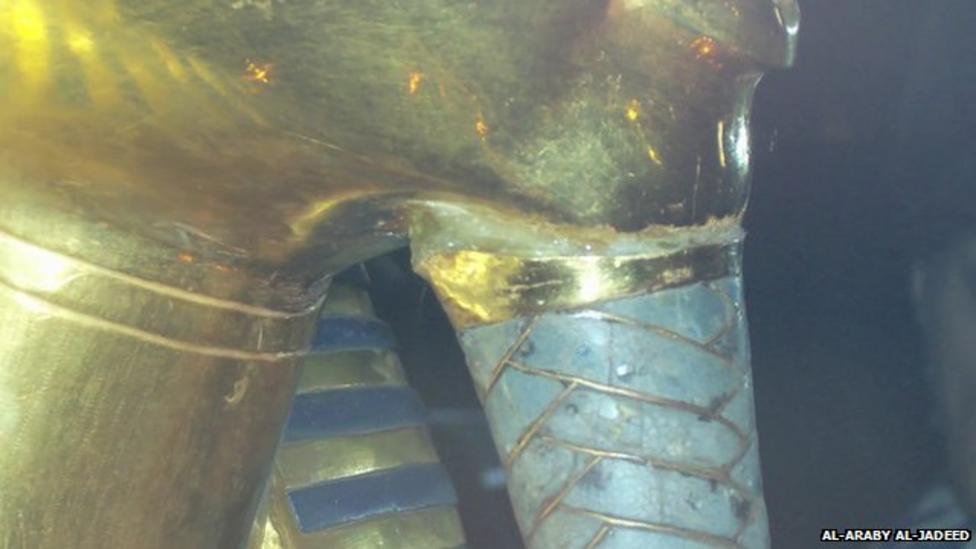 Tutankhamun's beard glued back on