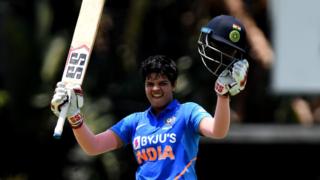 There's a new star in the world of cricket - Shafali Verma.

The rising talent made her debut for India last year at just 15 years old.

The teenager, who became the youngest Indian player ever to score an international 50, opened the batting as India took on the world champions in the opening match of the Women's T20 Cricket World Cup.

She's not the superstar to break onto the scene in her teenage years. Here are some of the most famous young talents in sport.

Check out some more sport stories:

Braithwaite heads to Barcelona and other unusual transfers 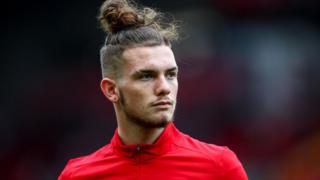 Harvey Elliot made history when he became the youngest ever Premier League player at 16 years and 30 days old.

The England under-17 midfielder made his first appearance in the 88th minute of a game between Fulham and Wolves in May 2019.

Elliott became Fulham's youngest player in September 2018 in the Carabao Cup at just 15. He had broken the previous record by 38 days.

The England youth international cannot turn professional until his 17th birthday next April.

But he's not the first young sporting superstar to make a name for themselves from an early age. 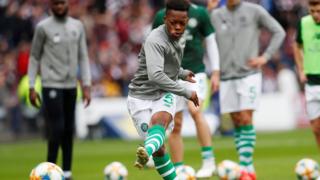 Sixteen-year-old Celtic player Karamoko Dembele made his debut in the Scottish Premiership in May 2019 with a 2-1 win over Hearts.

Dembele came on as a half-time substitute and helped his team win the Scottish Premiership trophy.

Manager Neil Lennon said at the time: "The kid is 16 and we just want to develop him in the right way. He has been training with the first team and I had no hesitation giving him 45 minutes." 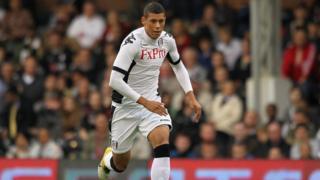 Before Harvey Elliot, Matthew Briggs held the record of youngest person ever to play in the Premier League.

He made his Fulham debut aged just 16 years and 65 days back in 2007, coming on as a substitute in their match against Middlesbrough.

He went on to play for Millwall and Colchester and in March 2018, it was announced that Barnet signed the defender on a non-contract basis. 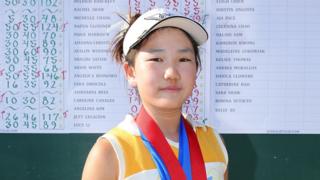 US golfer Lucy Li became the youngest ever person to qualify for the US Women's Open when she managed to win a spot in the 2014 competition at the age of just 11.

She didn't manage to make it to the second part of the event, but certainly made a name for herself as a budding star of the future.

She took the record from Lexi Thompson who was 12 years, four months and 18 days old when she played in the 2007 US Women's Open. 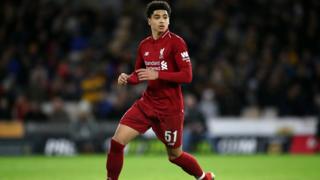 In January 2019, Ki-Jana Hoever made history when he became Liverpool's youngest FA Cup player in the club's history at the age of just 16 years and 354 days.

He came on the pitch during Liverpool's clash with Wolves, which saw the Premier League leaders go crashing out of the competition. 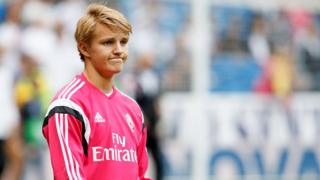 When he was 15 and 253 days old, Odegaard became the youngest player at the time ever to play in a European Championship football qualifier when he appeared for Norway.

He's currently playing for Real Sociedad in the Spanish top division and is expected to return to Real Madrid when his loan move expires in the summer. 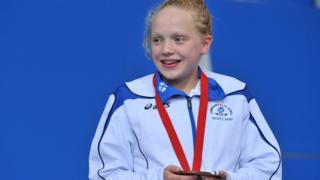 She went on to finish third in the women's 100m breaststroke, taking home a bronze medal.

"I didn't really know how to tell my schoolmates," she told BBC Breakfast. "But they know now and I've had lots of messages.

"It was just amazing walking out to a home crowd. It was really loud! I knew there was a chance of a medal so I just kind of went for it." 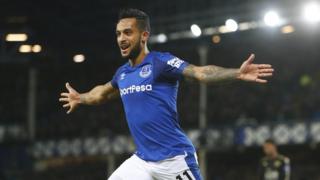 Everton player Theo Walcott became the youngest footballer ever to play for England when he played against Hungary in May 2006.

Aged 17 years and 75 days, Walcott had never played in the Premier League and had only played 13 matches of senior football. He then went on to be picked in the England squad for that summer's World Cup in Germany.

He went on to play for Arsenal for 12 years, where he scored 108 goals in 397 appearances, before moving on to Everton. 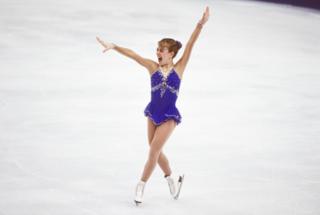 Imagine having an Olympic gold medal at the age of just 15.

Well, that's what happened to Tara Lipinski, who, at the age of 15 years and 255 days became the youngest winner of an individual event in the history of the Winter Games, beating Sonja Henie's record by two months

The American figure skater took home the medal at the 1998 winter games in Nagano, Japan.

She now works as a commentator for the sport.