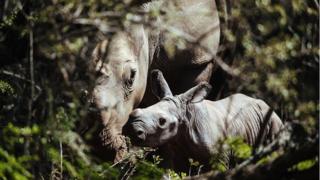 A white rhino that survived a vicious poaching attack in 2012 has given birth to a calf at the Kariega Game Reserve near Port Elizabeth, South Africa.

Thandi was rescued by rangers in March 2012. She was found with her horn removed, by poachers who had left her to die.

Two male rhinos were also poached in the attack and sadly died.

After many operations to help her recover, including special skin graft surgery, last week Thandi gave birth to a calf.

Alan Weyer, in charge at the Kariega Game Reserve, said: "It is incredible that the rhino we found so close to death nearly three years ago is now the mother of a beautiful calf.

"Thandi has shown huge resilience in her fight to survive. We are absolutely thrilled."

To ensure the safety of Thandi and her calf, they're being kept away from all visitors: they're being left undisturbed so that the calf has the best chance of survival.

The calf does not yet have a name but the reserve is inviting suggestions from the public, online.

South Africa has the largest rhino population in the world, but 2014 saw a record number of 1,116 rhinos killed.

The rise in poaching is blamed on the increasing value of rhino horn in some Asian countries, where it is seen by some people as a symbol of wealth. 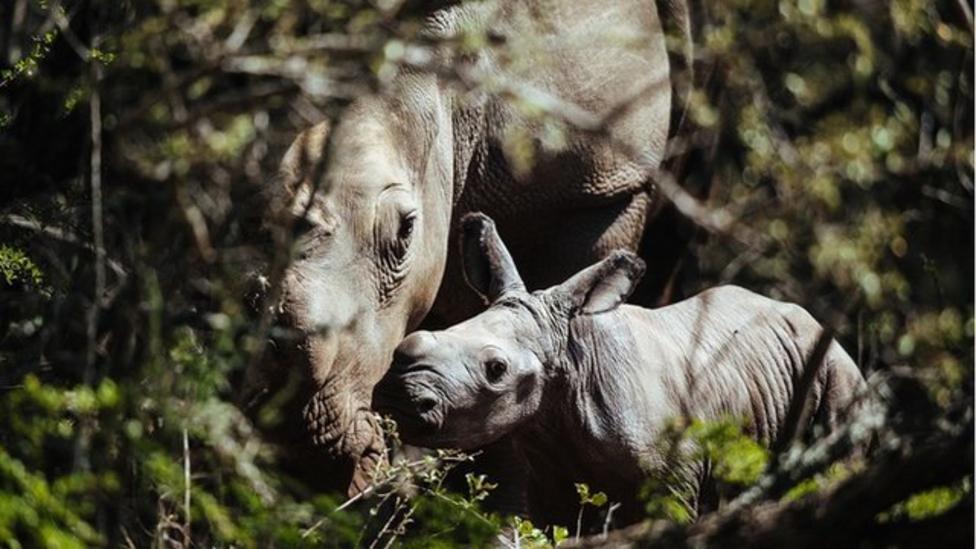