Would you want to be an MP? And if so why? 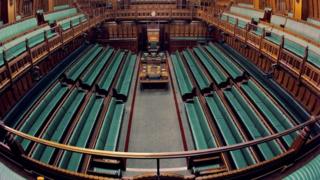 The UK is run by Parliament, and there are currently 650 Members of Parliament known as MPs.

The MPs help to make the rules and laws that people have to follow.

These can be small changes, or important laws that will make a big difference to how the country is run.

Pictures: How laws are made in Parliament

The UK is also part of a Democracy, meaning that people get to elect their leaders, and have more of a say in how the country is run.

Would you be an MP?

If you could be an MP when you grow up, would you? If so, why?

I want to be an MP to make everything fair. Things aren't as fair as they could be.

I want to debate in Parliament and make better laws for everyone.

I would want to be an MP so I could help people who are poor.

It should be law that everyone has a home to live in.

Our government keeps sending money to places abroad but it doesn't always get spent on good things. We should make sure it goes to people who really need it.

How are new UK laws made?

Democracy: How are laws made in the UK?