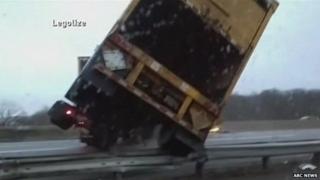 Drivers in New Jersey in the USA had a lucky escape when a lorry skidded on ice and crashed on Sunday.

Oleg Varavko was stuck in traffic and happened to be recording a video at the time of the incident.

He captured video footage of the large trailer as it narrowly missed his car, before skidding across the centre of the motorway.

Luckily nobody was hurt in the crash.

When a lorry bends into a V-shape like this, in an uncontrolled skid, it is known as jack-knifing. 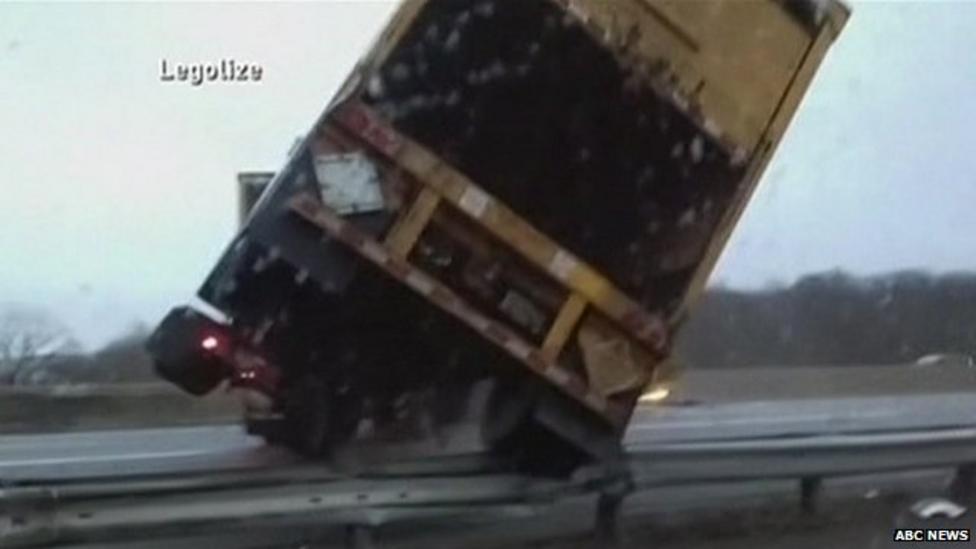