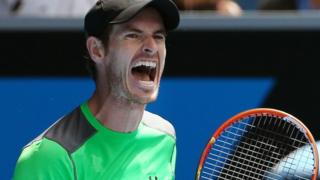 Andy Murray made a good start at this year's Australian Open with a straight-sets win over India's Yuki Bhambri.

He'll play Australia's Marinko Matosevic in the second round on Wednesday.

Andy's won the US Open and Wimbledon before, but the Australian Open is a Grand Slam tournament he's yet to win.