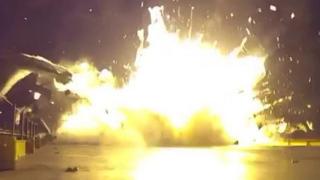 First no-one was hurt because there were no people on board this rocket, but the American inventor Elon Musk has shared video footage of the moment it crashed into a floating spaceport.

The Falcon 9 rocket had successfully helped to launch a capsule which was carrying supplies to the International Space Station.

Elon Musk runs the company SpaceX, which makes and launches rockets and spacecraft.

Correction: a factual error in an earlier version of this story was corrected on 18 January 2015. 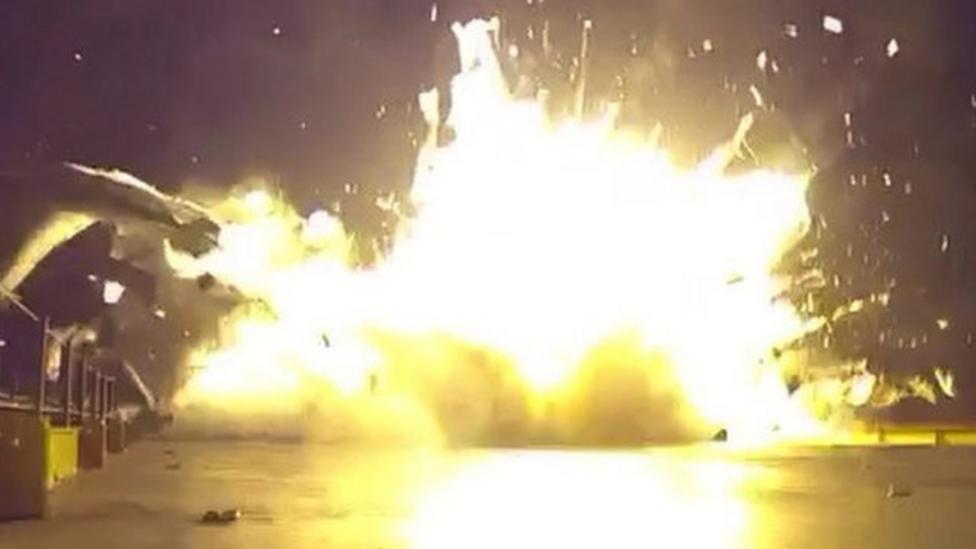