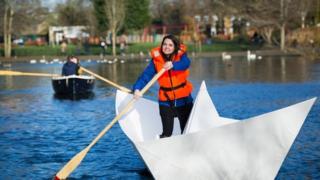 A giant origami paper boat has been launched on a lake in south London.

Almost 100 metres of paper were used to create the 3.7m long boat - which can carry one person at a time.

The boat was launched by school children on Southwark Park boating lake.

The paper boat, designed by a group of engineers, was launched to promote The Big Bang Fair - a celebration of science and technology for young people which takes place at the NEC, Birmingham, from 11-14 March. 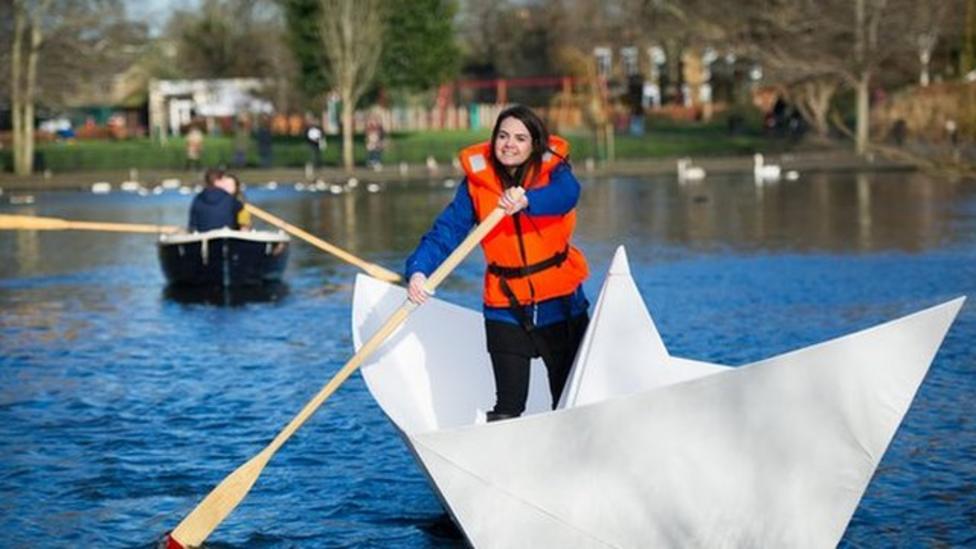