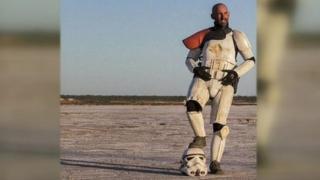 A man in Australia claims his life was saved by his Star Wars costume, after a bite from a venomous snake.

Scott Huxley was travelling around Australia dressed as a Star Wars Storm trooper to raise money for charity.

On his travels he was bitten by a venomous King snake. Luckily for Scott, his costume armour saved his life.

Watch the clip to hear Scott explain what happened. 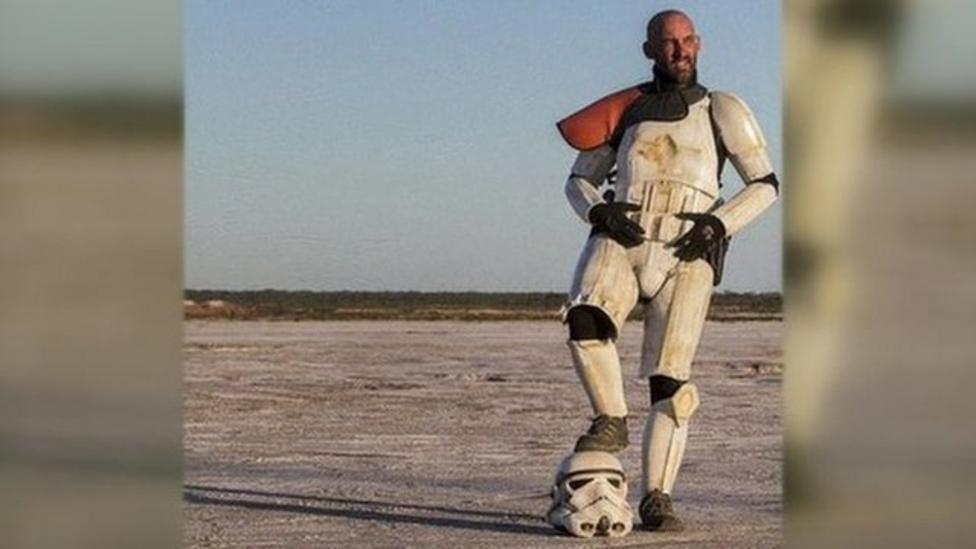