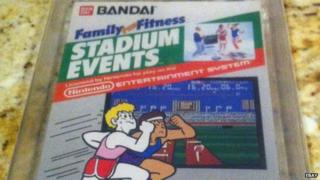 The game is called Stadium Events and was released in 1987 for an early Nintendo console called NES.

Players use an accessory called the Family Fun Fitness Control Mat to take part in fitness challenges, a bit like a basic 1980s version of Wii Fit.

Reviewers say that game isn't even that good, but it's highly collectible in the USA because few copies still exist.

The auction ended on Friday. 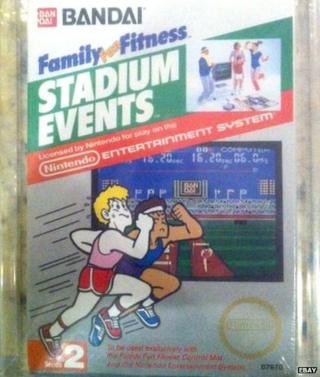 Nick Parker, who used to work for Nintendo, said: "You don't see games going for that sort of price, it is very unusual."

He added: "There will be someone who is prepared to pay to own a piece of history."