Australian Open: Andy Murray to face qualifier in round one 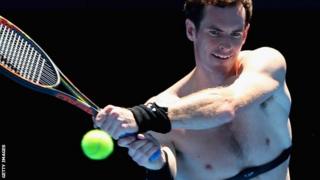 Andy Murray will play a low ranking qualifier in the Australian Open first round.

But he faces a very tough route to the final in Melbourne.

The 27-year-old Briton, a runner-up three times at the Australian open, has been drawn in the same half as Roger Federer and Rafael Nadal.

There are two other Britons in the draw - James Ward takes on Spain's Fernando Verdasco, while Heather Watson plays Bulgaria's Tsvetana Pironkova.

What are the differences between women's and men's game?