It's going to be a battle of the boys at the Brit Awards next month.

Sam Smith is up for five prizes, which more than anyone else.

The 22-year-old is up for best British male, breakthrough artist and best album, for In The Lonely Hour.

Ed Sheeran and George Ezra are just behind with four nominations each. 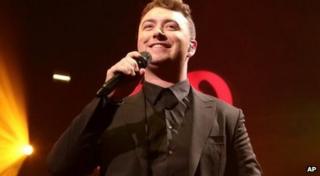 Smith, who won the BBC's Sound of 2014 last year, was the only artist to sell more than a million albums in both the UK and US last year.

He will go up against Sheeran, Ezra, Damon Albarn and Paolo Nutini in the best British male category.

Taylor Swift was among the nominees in the best international female category alongside Beyonce, Lana Del Rey, Sia and St Vincent. 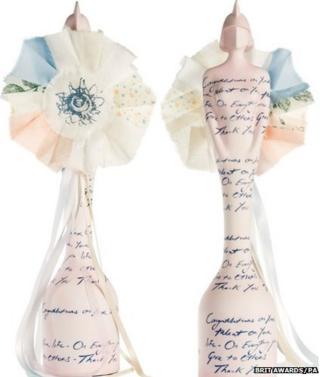 BRIT AWARDS/PA
Winners will pick up this specially designed trophy

It will be hosted by I'm A Celebrity... stars Ant and Dec, who replace James Corden after three years in the role.

Swift, Sheeran, Smith and Paloma Faith are all set to perform, and winners will receive trophies designed by artist Tracey Emin.