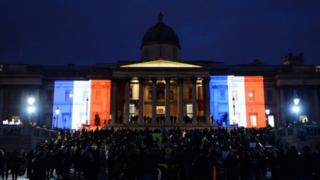 London landmarks lit up for France

Major London landmarks were lit in the colours of the French national flag on Sunday.

Tower Bridge, Trafalgar Square and the National Gallery were among monuments lit in blue, white and red.

It was to pay tribute to the 17 people killed in the Paris terror attacks.

Meanwhile, crowds gathered in Trafalgar Square to show their solidarity with the people of France. 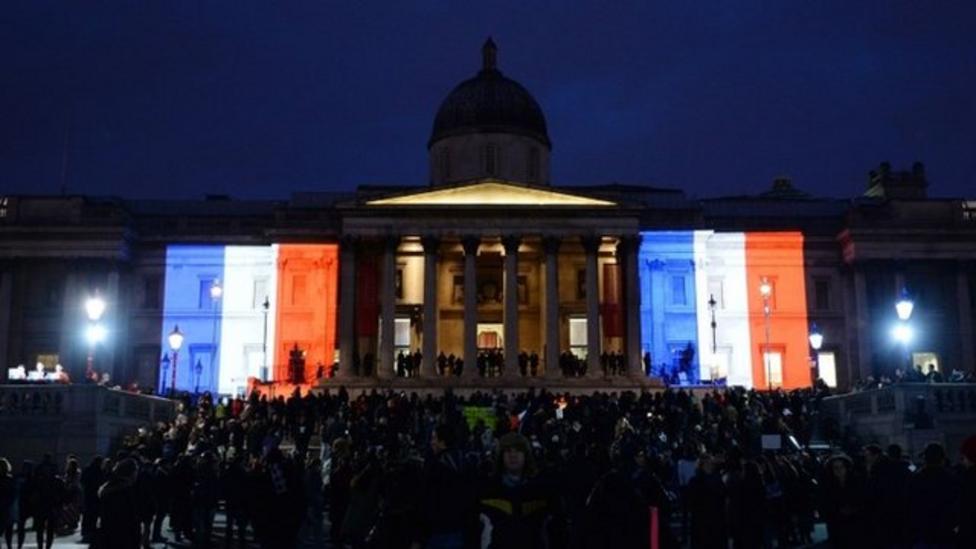 London landmarks lit up for France