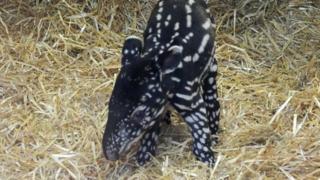 A tiny tapir calf named Mekong was born on December 31 at Edinburgh Zoo, just hours before 2014 drew to a close.

It was the last birth of 2014 at Edinburgh Zoo and the little calf was named after the Mekong River in Southeast Asia, which is where the animals are found in the wild.

Young tapirs are born with spots and stripes all over their small bodies, face and legs, but they lose these patterns in the first year of their life.

"When Mekong is fully grown he is likely to stand at over three feet [1m] tall and be up to eight feet [2.5m] in length, weighing up to 900 pounds [about 400Kg]," said zoo worker Lorna Hughes. 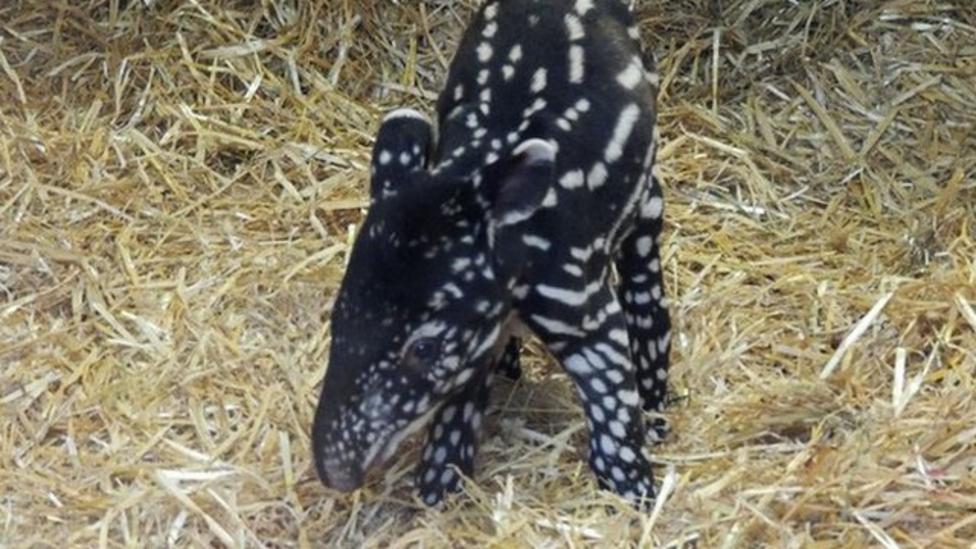