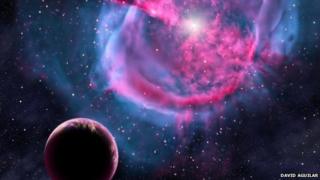 Astronomers have found the closest example yet to a twin of planet Earth.

They've named it Kepler 438b and say it's about a tenth bigger than our planet and only receives about a third more heat from its sun than we do from our Sun.

Because of this it's being called the "most Earth-like alien world".

It's even more Earth-like that than Kepler 186f which had been called our most likely twin.

But what would it be like if we could stand on Kepler 438b?

Scientist Dr Doug Caldwell from the Seti (the Search for Extra-Terrestrial Intelligence) Institute in America says it would probably be warmer and the sky would look redder.

That's because its star is a red dwarf which gives off a more reddish light than our own Sun. 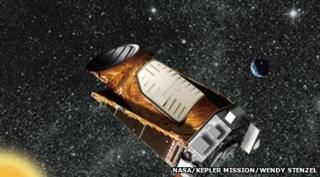 However humans heading there is very unlikely: the planet is 475 light years away - and just one light year is around 6 trillion miles!

'Most Earth-like planet yet' discovered