The Lego Movie biggest earner in UK and Ireland in 2014 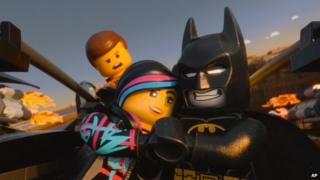 The Lego Movie was 2014's highest-earning film in UK and Ireland cinemas.

It took the top spot having made more than £34million, part of the UK and Ireland's total box office takings of £1.1billion.

A close second was The Hobbit: The Battle of the Five Armies, which took £33m.

Watch: What does it take to make a Hollywood Lego movie?

More female characters to be in the Lego new film