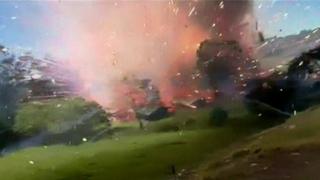 The moment a fireworks factory exploded in Colombia, South America, has been captured on camera.

A member of a local TV crew was filming a blaze at the building when it erupted.

It took 30 firefighters six hours to contain the blaze but it's not known yet what caused it.

Nobody was seriously injured, but some roads were closed and buildings damaged.

Watch the dramatic clip to see what happened... 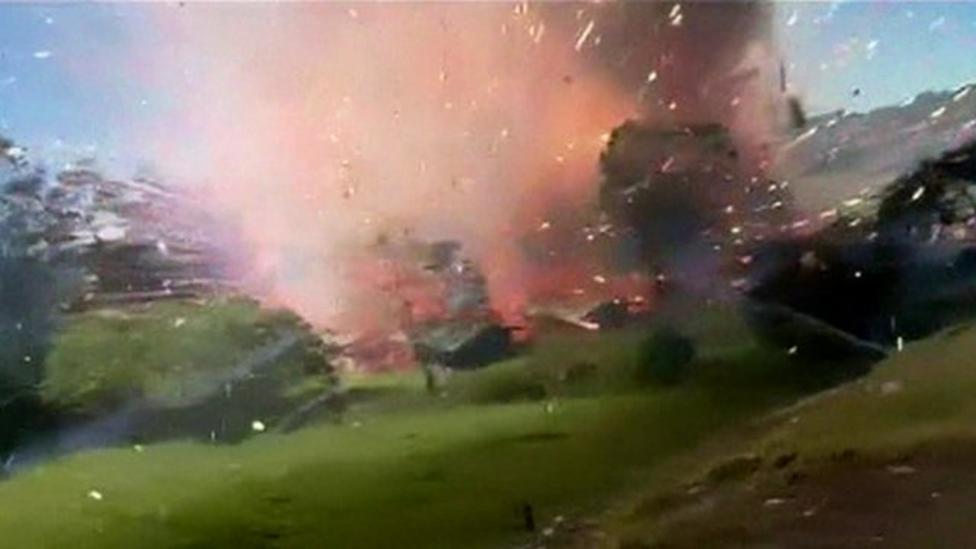