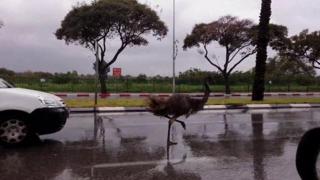 Motorists in a town in Israel were surprised to be sharing the road with an escaped emu out for a jog!

The bird was filmed on the run down the highway in the coastal town of Herzliya near the city of Tel Aviv on Sunday.

Local authorities said the emu appeared to have escaped from a private farm.

Iliya Zelser managed to film the bird on his phone as it ran between cars - he later said it felt like he was in a cartoon.

The bird was safely captured shortly afterwards and returned to its owners. 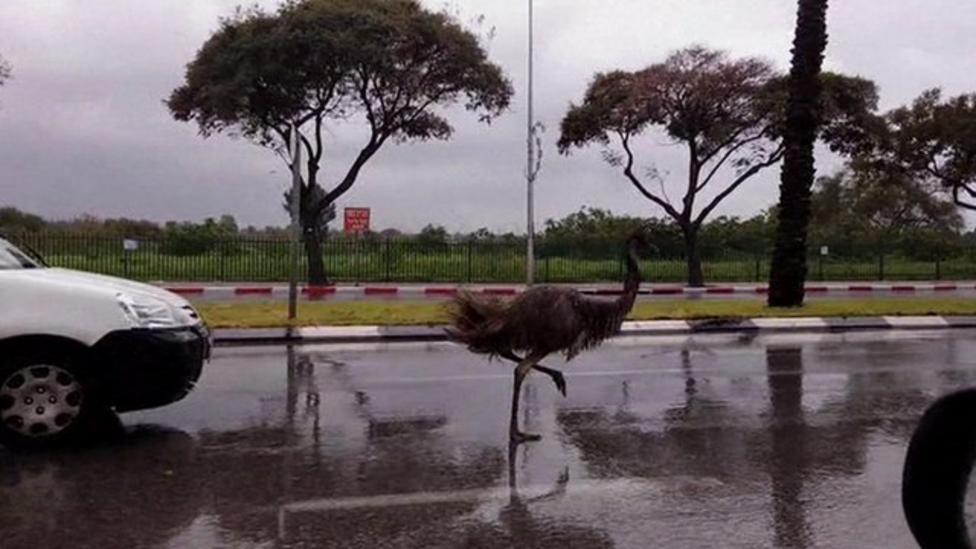