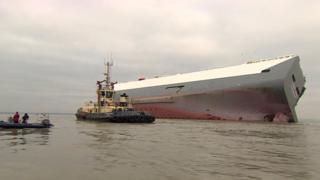 A cargo ship called Hoegh Osaka has been deliberately grounded on a sandbank off the south coast of England.

Lifeboat volunteers were quickly on the scene and rescued all 25 crew safely without anyone being badly hurt.

There's been no oil leak so far but now salvage teams are trying to work out the best way of re-floating the ship without causing any damage to the environment.

Find out more in Ricky's report. 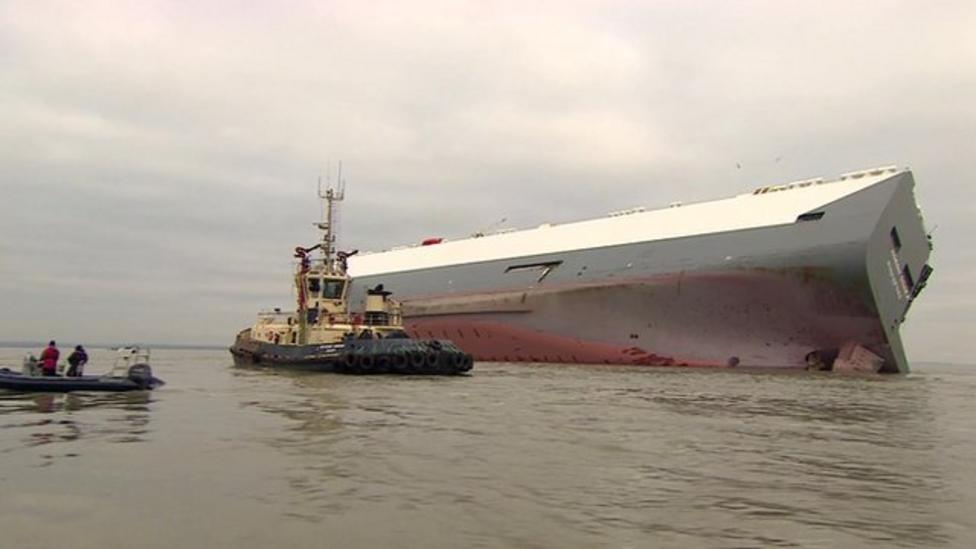